The Association of Community Organizations for Reform Now, aka ACORN, was, until the past year, a relatively unknown organization to most Americans.  Founded in 1970 and based in New Orleans, Louisiana, ACORN’s most visible face is that of a 501(c)(3) public charity ostensibly advocating for low- and moderate-income families in the areas of neighborhood safety, voter registration, health care, affordable housing, and other social issues.  ACORN also has a non-charitable arm that lobbies for primarily left-wing causes and candidates, as well as dozens of affiliated splinter groups.  ACORN’s “charitable” division receives millions upon millions of dollars in federal grant money each year.

ACORN’s profile increased dramatically during last year’s presidential campaign, with then-Senator Obama’s candidacy and subsequent victory, himself having been a community organizer with close ties to the group.  The problems for ACORN started when numerous chapters were busted for voter registration fraud.  Estimates go as high as 400,000 falsely registered voters, including Mickey Mouse and Paul Newman.  ACORN’s voter registration program is under investigation in 14 states, with over 30 indictments having been handed down so far with likely many more to come.

One of the most challenging situations your nonprofit organization can face is the need to expand.  It is also an exciting challenge.  Compared with the alternative of diminishing effectiveness and shrinking support, growth is a good thing.  At least it means (usually) that your programs are having a positive impact and people are motivated about your organization’s cause.

But with expansion comes growing pains.  To significantly increase your footprint or your scope (or both!) requires a huge commitment on the part of the leadership, members, staff and volunteers.  When your organization is faced with opportunities that scream “Take action!”, there are critical things you must consider.  In this post, we’re going to take a look at two scenarios:  1) location expansion and, 2) additions to program services.  Knowing what to do in these situations can spell the difference between success and failure.

Fraud is a word that conjures up many images in your mind.  Maybe your definition of fraud is someone lying to you, stealing from you or conspiring against you while pretending to help you.  All of these are true…and it can happen to your nonprofit if you don’t know how to protect it.

Those who seek to harm or defraud you can come from both inside and outside your nonprofit.  Either can be devastating to the health of your organization, both financially and psychologically.  Let’s take a look at both scenarios and I’ll give you some tips on how to avoid becoming a victim.

Outsiders. For anyone who hasn’t been victimized by an outsider, it can seem like a remote concern.  “Surely we can spot a scam”, you tell yourself.  Ask any victim of Bernie Madoff how easy it is to be taken.  Just among our clientele at The Foundation Group, we have a Florida nonprofit that invested its entire endowment in a sure-thing Madoff fund.  It’s all gone…every penny.  Granted, this one was hard to spot.  Madoff made-off for many years right under the noses of regulators!  But it doesn’t take a Bernie Madoff to cause severe damage to your organization.

The idea for this article came from my good friend, Belinda from Madison, Alabama.  A few weeks ago, she wrote us an email asking the following:

“Due to the economic downturn and, with the increasing requests for benevolence assistance, are there guidelines for churches and non-profits on what they can assist with and how much?”

Great question, Belinda.  I know others are asking the same thing.  Benevolence is synonymous with charity.  It’s the very definition of it.  But, there is a definite line between charity and what the IRS calls inurement (or private benefit).  This economic recession has caused many churches and charities to be overwhelmed with requests for help.  So, what follows are some things to consider when asking, “How much is too much?”

At the end of every newsletter, we put out the call for “topic requests”.  We have used quite a few reader questions or topic suggestions for article topics.

Some questions or topics do not require a whole article to answer or discuss.  We save those to make a multi-topic article from time-to-time.  That’s what we’re going to do today.  Keep sending your questions or topics and make sure that you read our blog articles for more information on other topics.  On to the questions…

Q: Can any or all of the nonprofit’s board members live out of state?

Charitable Solicitations Registration. “Never heard of it,” you say.  Well, you are not alone.  As astounding as it may seem, estimates of noncompliance range from 85-95% of charities and nonprofits nationwide.  This level of noncompliance has persisted primarily because of 2 reasons:  1) lack of communication between state agencies and 2)  grace.  But, the times…they are a changin’.  It is time to get compliant!

What is it? It is helpful to start by explaining what we’re talking about.  42 states and the District of Columbia require nonprofit organizations that raise or intend to raise financial support from the public to register with that state’s Charitable Solicitations Department.  This department is typically run from within the state’s Attorney General’s office, though some originate within the office of the Secretary of State.

You’ve seen the news.  You know it’s tough out there.  Just this morning I saw the following headlines on my Chronicle of Philanthropy RSS feed:  “Charitable Donations Fell by Nearly 6% in 2008”, “Ford Foundation Offers Buyouts to One-Third of Employees”, and “Robert Wood Johnson (Foundation) Offers Buyout to 40% of its Employees”.  Tough stuff indeed.  I’m sure that you have your own stories about what the current economic situation has meant to your family and friends.  So, the question is this:  Is there any way to survive, maybe even thrive, in such circumstances?  We resoundingly say, “Yes!”  Consider this your 2009 Nonprofit Survival Guide.

First off, stop listening to the news.  I mean it…turn it off.  I’m not advocating locking yourself into a cave and shutting out the world.  But, the constant drumbeat of negativity takes its toll on you after a while.  I saw a great sign on a realty office near my home the other day.  It said, “We have decided not to participate in this recession.”  What a great message!  The half-empty folks driving by no doubt scoff at such a sign and call it denial.  I call it taking responsibility for your own success.  The facts around them may not have changed, but at least for this one realty office in Mt. Juliet, Tennessee, they aren’t making excuses.  So what about you?  Yes, it’s harder to win than to lose.  But you have people (or animals or something) that need what your organization brings.  Determine to make it. 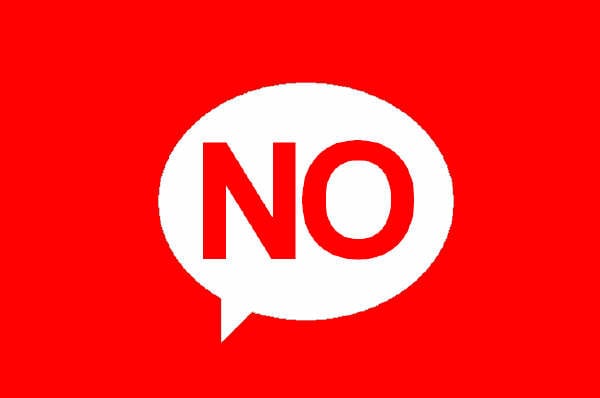 Occasionally, you have to protect people from themselves.  Even those with the best of intentions can mess things up so badly that it can jeopardize what they are trying to accomplish.  In the nonprofit world, there are best practices, good…

The headline for this article is not really “new” news.  The Internal Revenue Service has been stepping up enforcement of its regulations governing nonprofits for several years now.  Those who have been keeping up with the changes to the Form 990 annual reporting requirement know this to be true.  What is new this time is that the IRS is focusing hard on two, key areas:  1) nonprofit pay practices and, 2) abusive activities by charities.  Let’s take a look at each of these.

1) Nonprofit pay practices. The topic of nonprofit pay practices has long been an area of concern for the IRS.  Federal regulations require that compensation paid to employees of tax-exempt organizations must be “reasonable”.  Unfortunately, “reasonable” is a subjective evaluation of the situation as a whole, not necessarily an objective check list.  Moreover, the IRS is the ultimate arbitor of what is considered reasonable.  So what is new?  The overall economic downturn, along with the focus on executive pay, has ramped up IRS scrutiny of the compensation nonprofits pay their executives.

Read more
Looking to start a nonprofit? Foundation Group is your go-to resource for getting it done. Find out what 25,000 other nonprofits already know!
Let's Get Started
© Copyright 1995-2022, Foundation Group, Inc.
Back To Top