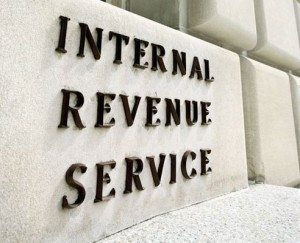 About this time every year, the IRS issues a number of Revenue Procedures, which are official, formal pronouncements regarding the manner in which it will handle specific tax situations.  Revenue Procedures don’t exactly make law (only Congress can do that…theoretically, anyway), but rather provides a written guideline regarding how the IRS will handle an issue.  This differs somewhat from an IRS Revenue Ruling, which usually addresses a literal taxpayer issue and the IRS’s findings of how the tax law applies to it.

Of particular interest in this year’s batch of early Revenue Procedures is Rev. Proc. 2013-9, which lays out the procedure for granting tax exemption determination, or 501(c)(3) status, to new nonprofits.  This Revenue Procedure is updated every year, but this year’s version contains some very critical issues for establishing the effective date of 501(c)(3) status.  Some background is helpful before we get to the changes.

When the IRS grants 501(c)(3) status to a nonprofit, it issues what is called a determination letter.  The effective date of the tax exemption is always printed in the top right corner of the first page of that letter.  As long as the organization applies for tax exemption within 27 months of legally forming, it can count on the tax exemption recognition being retroactive to formation.  Additionally, a number of exceptions apply that can extend that 27 months indefinitely, potentially allowing for retroactive exemption for organizations formed many years ago.  The standard exceptions include,

If none of these apply, an organization can still get retroactive status further back than 27 months if you can establish that you acted reasonably and in good faith, and that granting an extension will not prejudice the interests of the government.   The instructions for Form 1023, the application for 501(c)(3) status, states that this threshold can be met by nothing greater than that you filed Form 1023 before they discovered your failure to file.  Many procrastinating nonprofits have relied on this rather gracious exception for years.  While this is still theoretically possible, it is now unlikely to happen because of issues relating to the failure to file Form 990.

To understand the change, we must briefly revisit some recent IRS history that we have discussed at length in prior articles.  Changes to the tax code in 2006 resulted in all 501(c) organizations (except churches) being required to file a version Form 990 every year.  Failure to file for 3 consecutive years results in an automatic revocation of tax exempt status.  We began experiencing something odd last year with older nonprofits seeking tax exemption for the first time.  In fact, I wrote about in August 2012.  Instead of being able to fall back on any of the normal exceptions, applicant organizations were being “revoked” before they were even approved, because they had failed to file Form 990.  It made no sense at all.  A nonprofit that doesn’t yet have 501(c)(3) status can file Form 990, but it is rare that it actually happens.  We challenged quite a few IRS review agents about the situation not complying with established IRS procedure, but got nowhere with the argument.  One agent even informed us that it was an IRS computer programming issue!  The result was that these older organizations were being forced to accept tax exemption effectiveness as of the date of the application, throwing into question all of the activities conducted and donations received prior to that date.

Back to Revenue Procedure 2013-9.  The IRS has officially put this issue to bed by changing the procedure regarding effective dates to include failure to file Form 990 considerations.  Specifically, the Rev. Proc. states,

A determination letter or ruling recognizing exemption of an organization described in § 501(c), other than § 501(c)(29), is usually effective as of the date of formation of an organization if: (1) its purposes and activities prior to the date of the determination letter or ruling have been consistent with the requirements for exemption; (2) it has not failed to file required Form 990 series returns or notices for three consecutive years; and (3) it has filed an application for recognition of exemption within 27 months from the end of the month in which it was organized.

What does this mean?  If your nonprofit is applying for 501(c)(3) status, and it was legally formed more than 27 months ago, and you have not filed Form 990 for those years since formation, your effective tax exemption date will not be retroactive beyond 27 months.  Period.

At least they cleared it up.  That’s a lot better than the strange excuses we were getting last year.