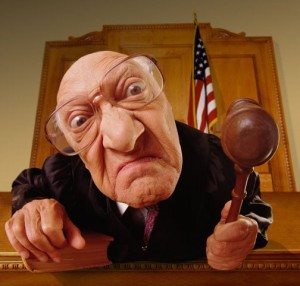 In working with thousands of nonprofit startups over the years, we have often experienced the proverbial glazing over of the eyes when we start talking about things such as bylaws.  That’s about the last thing a typical budding social entrepreneur is thinking about when he finally decides to put action to his idea.  For so many, bylaws are simply a task on their compliance to-do list that needs to be checked off.  Nothing could be further from the truth!  I recently had that reality hammered home to me in the most dramatic of ways.

A few months ago, a pastor friend of mine informed me of a situation he was dealing with.  A couple of years ago, his congregation decided to merge with another area church.  My friend’s church was only a few years old at the time and had already grown to a couple hundred members.  Unfortunately, they had no permanent facility of their own.  The other church was a much older, established church with an old, but nice, facility.  The problem for that church was that their membership had slipped in recent years and now numbered only 30 or so…and most of those members were elderly.  The two pastors had become friends and soon the idea of a merger began to be discussed.  After a few weeks of bantering about the idea, the pastors brought together their respective boards of trustees and they quickly warmed to the possibility.  Given the doctrinal compatibility the churches shared, this was a merger made in heaven…a true win-win.

Within days, the boards of both churches were served with papers filed by 11 former members of the older church.  Their lawsuit sought to invalidate the merger vote on the grounds that their memberships had been wrongfully terminated about six months prior to the merger vote, making them ineligible to participate.  Never mind their number wouldn’t have changed the outcome, even if they voted unanimously against the merger.

The boards of both churches collectively hired legal counsel.  Their attorneys thought the suit meritless, but nevertheless, recommended the two churches not legally formalize the merger while this all played out.  Based on this advice, the churches decided to simply conduct “joint” services.  True to the attorneys’ belief, the suit was dismissed for lack of plaintiff standing once it finally came before a judge.  A few weeks later, a second lawsuit was filed with a slightly different angle and some shuffling of the plaintiffs.  That suit, too, was later dismissed.

Just as things looked like they were finally moving in a positive direction, a third lawsuit was filed…but this time, the plaintiffs managed to hire a very savvy (and expensive) law firm to represent them.  The skillful positioning of this suit resulted in a judge deciding it could go to trial.  Lengthy and emotionally-draining depositions were conducted by both sides as the case moved closer to the trial date.  Fortunately for the defense, most of the plaintiff witnesses gave horribly contradictory depositions and committed multiple instances of provable perjury.

Stay with me…there is a point to all of this.

Fast forward to January 2012.  The case finally went to trial in the NY Supreme Court system.  The plaintiffs’ attorneys scheduled 29 witnesses.  After 3 weeks, the plaintiffs still had 6 or 7 key witnesses to go.  My pastor friend kept me in the loop by phone, telling me of the day’s events.  Witness by witness, though, the plaintiffs were making the case for the defense.  Their testimonies were combative and lacked credibility.  It was looking good for the defense.

My friend invited me to New York to sit in on 3 days of the trial during week 4.  This was the week that he would be called by the plaintiffs and he really wanted the moral support.  I went and was amazed.  The questioning and cross-examination were brutal.  Witnesses spent hours on the stand.  Even still, the testimony I personally witnessed made it clear the plaintiffs’ case was imploding more by the day.  Yet, one thing bugged me…

If there was one minor weakness in the defense’s case, it was the well-intentioned, but imperfect manner in which they removed the plaintiffs from the membership rolls.  Testimony from witnesses made it clear that the plaintiffs walked out of a business meeting and verbally declared their decision to leave the church.  No one, however, could honestly testify that any one of them used the word resign with regard to their membership, though the intent was very, very clear.  The plaintiffs’ attorney hammered and hammered board members about their methodology of actually removing them from the rolls vs. the prescribed methods in the bylaws.  This went on for hours.  Despite all the smoke and mirrors, it was still clearly obvious that these people resigned their memberships and the board followed up by actually removing them from the voting roll, as was their responsibility.

Let’s jump to the end of the story:  the defense lost!  After two years of litigation, 5 weeks of trial, over $200,000 in legal fees and more stress than any group of people should ever have to endure; with the testimony of the actual plaintiffs having almost zero credibility, the verdict hinged on…you guessed it…the bylaws.  The church board failed to follow the exact procedures required by the bylaws for officially removing members:  A textbook example of the letter of the law trumping the actual truth.  Their memberships were restored and the merger vote vacated on the narrowest of technicalities.  The case is now gearing up for an appeal.  Emotions are raw, nerves are frayed, bank accounts are empty and even some friendships are hanging by a thread.

What’s the moral of this sad story?  Bylaws matter.  Please take them seriously.  Your nonprofit’s very future could someday come down to the opinion of a very powerful man wearing a black robe.