Giving Tuesday is an important part of a smart year-end fundraising strategy and a terrific opportunity to communicate with your supporters, sharing the story of what your nonprofit does, why funds are needed, and how they can help.

It’s also a great time to spread the word about your cause, raising awareness and finding new donors. If you plan your campaign well, get the right pieces in place, and promote it early, you can raise big bucks on November 29.

Look, posting whatever pops to mind in the moment doesn’t work. You need a solid promotional plan to make sure you connect with people early and often about the need you’re trying to meet on Giving Tuesday.

Here is our Ultimate Giving Tuesday Promotion Plan, honed over many years of helping small nonprofits maximize the day. It’s 11 steps, and that might seem like a lot, but if you work through the steps one at a time, you’ll get them all done, no problem.

You’ll use the same message and image again and again throughout your Giving Tuesday campaign to create consistency. So if you don’t have your Ask figured out or have a compelling image chosen or have any matching money pledged, start there. These are core pieces of your Giving Tuesday message and you can’t plan the promotion until you get the message nailed. Make sense?

Send a teaser email to your whole list, letting them know what you’ll be raising money for and how they can help on Giving Tuesday. Mention the matching gift. Debut the image you plan to use throughout your campaign. Encourage supporters to consider giving early and ask them to share with family and friends. Provide a link to the Giving Tuesday donation page on your website for those who want to give early. Post this same message to your social media channels.

This teaser email is important! We’ve had multiple clients reach their Giving Tuesday goal from this email alone!

2. One Week Before Giving Tuesday

Send another email to your whole list. This can be similar to your first email and should include your special Giving Tuesday graphic. Again, remind people that they can give early and invite them to share with their friends.

Post a reminder on your social media channels that day letting people know what you are raising money for, the goal, the match, and, finally, the link for those who want to give early. Use your campaign graphic again.

3. On Thursday Before Giving Tuesday (Which is Thanksgiving in the U.S.)

Send an email with a thank-you image or video to your whole list. Thank-you videos are incredibly powerful to let people know how much you appreciate them.

Post the video on your social media channels. You want as many people as possible to see it and, believe it or not, Thanksgiving is a big day for social media, as people seek connections with their friends and family members who live far away.

Use our YouTube Playlist of donor thank-you videos for inspiration.

To be clear, there’s NO ASK here – just a thank you.

4. On Monday Before Giving Tuesday

Send another email reminder and post on social media. Share how much you have raised toward the goal. For consistency, use the same message. I told you that you would get a lot of use out of that Giving Tuesday graphic!

Send texts to any supporters you communicate with by text, reminding them to give on Giving Tuesday.

5. First Thing in the Morning on Giving Tuesday

Do a Facebook Live on your nonprofit’s Facebook page talking about why your campaign is important and how lives will be changed. Talk about how the donor can make a difference. Ask people to give. Tell them exactly how to give.

Send out another email telling people how they can give. Provide an update on how much you have raised. Remind them about the matching gift, if you have not met the total match yet. Use your Giving Tuesday image, and include the link to your Giving Tuesday donation page.

Time for another Facebook Live! This time share a story of a life that your organization has changed or of someone waiting for services. Ask people to give and tell them how.

Send out one final email with an update. Remind people of the goal you are trying to reach before midnight, and let them know that you would love their help in reaching that goal. Ask them to share with their friends and family members. Include your Giving Tuesday graphic and a link.

Time for another Facebook Live talking about the Giving Tuesday campaign, why it matters, how lives will be changed, and whether there is any money left on the matching gift. Then ask people one last time to give!

That’s it! By the time it’s over, you will be very ready to retire that Giving Tuesday graphic! And you will also be excited to have had such a successful Giving Tuesday campaign.

You may feel nervous about sending out so many emails. But trust me, it’ll be fine. If you keep the content short and focused on the mission, people won’t mind. They’re probably getting tons of emails from the other nonprofits they support.

If you really, really don’t want to send out so many emails, think about how many you’d feel comfortable with, then send just one more. Trust me that you’ll gain more than you’ll lose because people are crazy busy and need the reminders to give.

If a few people opt out, that’s okay. They are not interested in your organization’s work and do not need to be on your email list anyway. By unsubscribing, they’re just making space on your list for people who DO care.

With an estimated $2.7 billion given on Giving Tuesday, it’s a huge opportunity, especially for small nonprofits. With a little preparation and good, consistent promotion, you can make it your biggest giving day ever!

About the Author: Sandy Rees 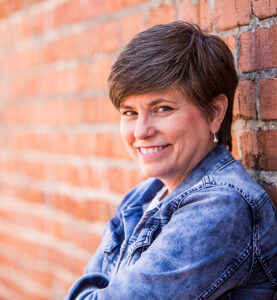 Sandy shows founders and leaders of small nonprofits how to fully fund their big vision so they can spend their time changing lives instead of worrying about money. She has helped dozens of small nonprofits go from “nickel-and-dime fundraising” to mastering donor-based fundraising, inspiring their donors to give often and give big. Learn how to raise the money you need to fund your new nonprofit without begging, doing without, or paying out of your own pocket.

Click here to learn more about Get Fully Funded.

Sandy Rees is the founder of Get Fully Funded where she shows nonprofit founders how to fully fund their big vision so they can spend their time changing lives instead of worrying about money. She has helped hundreds of new nonprofits go from “nickel-and-dime fundraising” to adding 6 figures to their bottom line. As a trainer, she shows her students how to find ideal donors, connect through authentic messaging, and build relationships that stand the test of time, so that fundraising becomes easy and predictable. Grab her latest ebook “Fund Your Dream” at https://getfullyfunded.com/getstarted.

This site uses Akismet to reduce spam. Learn how your comment data is processed.