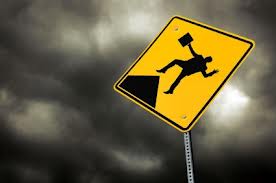 As we find ourselves nearing Christmas 2012, the media isn’t talking all that much about mistletoe, eggnog or even the end of the Mayan calendar.  Instead, the lead story at the top of every hour is the so-called “fiscal cliff” negotiations.  So partisan and entrenched are both sides that you would think the November election was still going on.  But what do the current talks mean to the average nonprofit organization?  Potentially a lot, as both sides jockey for position and use charities as pawns in the battle.

The fiscal cliff of December 31, 2012 gets its name from the magnitude of the tax code changes and federal budget cuts that will happen automatically after that date should Congress and the President not reach an agreement on fixes to the situation.  Should we go over the “cliff”, the Bush-era tax cuts will expire for all taxpayers…rich, poor and in-between…meaning that all rates will rise substantially.  The 10% tax rate will disappear completely.  At the top, rates will increase to nearly 40%.  The death tax rises to the confiscatory rate of 55% and hits estates of $2 million and up, a move that potentially hurts small businesses and family farms far more than it stings the truly rich.  The current employee Social Security rate of 4.2%, a temporary cut from 3 years ago, returns to 6.2%.  On the budget side of the equation, cuts to the military and other spending will have significant impacts on services.

The current state of negotiations has the President calling for tax rate increases on the “rich” (defined as annual income above $250,000 for married couples) back to Clinton-era rates.  As for the Republicans, they have offered additional revenue via limitations on loopholes (itemized deductions and credits) instead of rate increases.  Neither side seems to care about the real result, but instead are focused on scoring political points.

President Obama fails to acknowledge that his tax increase on the “rich” raises enough revenue to fund the government for 8 days.  8 days!  He also fails to talk up the part of his proposal that lowers the tax deduction for charitable gifts from 35 percent to 28 percent, all the while excoriating the Republicans for wanting to gut charitable giving.  For his part, John Boehner (R) seems perfectly content to push a significant itemized deduction limit that could severely impact giving by high income Americans.

Independent Sector, a coalition of nonprofits, took out a 2-page ad this week in the Politico newspaper, urging Congress and President to preserve the charitable deduction.

“Since 1917, our nation’s tax system has strongly encouraged Americans to give back to their communities, and the broad concept of charity on which the deduction is based has given rise to a diverse and pluralistic set of organizations all dedicated to the public good,” says the ad, which is excerpted from a letter sent to the President and House Speaker Boehner.

The letter continues, “We are deeply troubled by reports that an aggregate cap, whether a dollar-limit or percentage, on the value of the charitable deduction is under consideration as a potential short-term revenue solution during the lame-duck session,” says Independent Sector’s letter. “Research has suggested that a cap on the charitable deduction could reduce charitable giving by as much as $7-billion a year; this would come on top of the nearly $20- billion annual decrease in giving since the economic downturn began in 2007.”

The closer we get to December 31, the more interesting this will become…and the fear is that charities stand to lose a lot in the negotiations.  Charities and nonprofits fill a role in the fabric of American society that cannot be replaced by government programs or individuals acting alone.  Now more than ever, we need what these organizations bring to the table.  Decisions by either political party that result in real harm to nonprofits will, in turn, harm us all.